After all, the commitment of our employee Olaf Grell, who died far too early, has paid off.

The research and political persuasion work we conducted in 2018, one year after the sudden death of our highly respected colleague Olaf Grell, is now leading to success: in addition to our priority area Gran Béréby, four other Marine protected areas are to be designated by the government of Côte d'Ivoire, as the UN Abidjan Convention cites the Ministries of Environment and six others:

This project supported the designation of five marine protected areas along Côte d'Ivoire (former Ivory Coast, West Africa) and explores the possibility of integrating them into a UNESCO biosphere reserve.

Project objective and region
The objective was the immediate designation of the first coastal marine reserve "Grand Béréby" of the country Côte d´Ivoire with a size of about 23,500 ha, with the prospect that four further coastal marine reserves will be subsequently designated or "Grand Béréby" extended. The coastal marine protected areas begin 100 m above the coast (middle flood line), so that extensive and diverse coastal habitats such as mangroves, lagoons, estuaries, rock islands etc. are included. They contain a largely intact biocenosis. These would be the first marine protected areas in West Africa. This should also have a signal effect on other African countries.

Initial situation / Implementation
The Ministry of the Environment of the Côte d´Ivoire takes a very positive view of the designation of coastal marine protected areas, as does the consultative "Abidjan Convention" chaired by UNEP. An initial technical basis for the Gran Béréby area is a feasibility study prepared in 2018 by the team of biologists led by project manager Olaf Grell and the Kiel-based company Oceanbasis.

In 2019 further areas along the coast were examined and found to be worthy of protection: Sassandra, Fresco and the Bandama estuary near Gran Lahou, near the Azagny National Park. The location and settlement, geological and hydrological features, flora and fauna, as well as use, impairments and development possibilities of the potential future coastal and marine protected areas were explored.

All proposed marine protected areas have in common the great beauty, the wealth of diverse flora and fauna and the presence of important spawning grounds for sea turtles. But they all also suffer from the strong anthropogenic pressure on the remaining mangroves, the destruction of primeval forests in the immediate vicinity or their transformation into palm plantations, the disappearance of larger mammals and the endangerment of the fish food basis for the locals by huge (illegal) trawlers.

Effective protection of the fragile remains of natural flora and fauna can only be achieved through a joint effort with the people of Gran Béréby, who are already attuned to the need for protection and, in return for some help and gifts, have already been encouraged to make concessions. The local NGO CEM was founded there, which already effectively protects the clutches of sea turtles that had previously been plundered.

We are therefore considering the development of a UNESCO biosphere reserve, whose character is to maintain or (through innovation) improve the framework of a sustainable, still nature-loving and satisfactory economic system for the people living there and to relieve them of the need to plunder their little remaining natural resources. Many people already realise that the protection of nature is important; these people must be won over as local allies and multipliers.

Partner
The project partners are the Lighthouse Foundation and the Kiel-based marine algae cosmetics company Oceanbasis and its parent company Coastal Research & Management, who support the project financially, technically and in the exchange of ideas. Many thanks to the private donors who made a donation for the turtle protection on the occasion of the 25th anniversary of CRM!

This project would not have come about without a long lasting private tour of the area by the project manager Olaf Grell, his personal contacts to locals and the preliminary performance of a feasibility study. 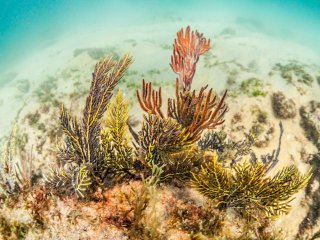 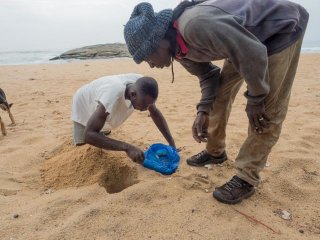 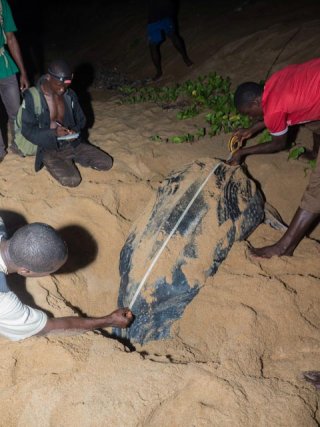 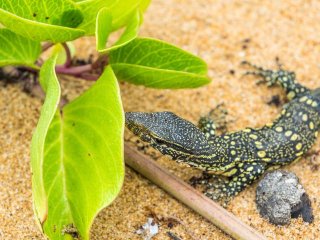 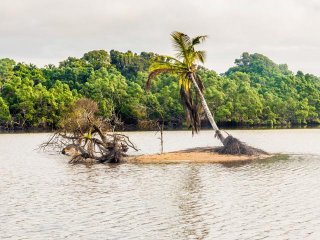 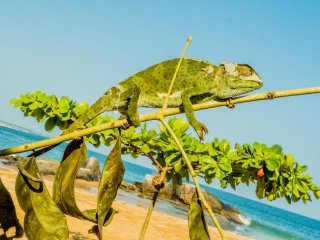