Ilisu dam in south-eastern Turkey transforms 400 kilometres of the "biblical river" Tigris into a reservoir - it is currently one of the worst dam projects in the world. In the process, it is destroying 12,000 year-old culture - including one of the oldest cities in the world, Hasankeyf. It is also an ecological catastrophe and drives tens of thousands of people from their homes. The foundation Manfred-Hermsen-Stiftung was decisively involved in the campaign.

The dam is expected to supply electricity to distant metropolitan regions for a projected 50 years. Although the project violates Western standards, companies, banks and governments of Germany, Austria and Switzerland wanted to participate with technical know-how, loans and liability guarantees. But the European governments, for the first time in the history of their export guarantees(!), withdrew from the dam project in July 2009. The reason for this were unfulfilled conditions imposed on Turkey, which were linked to the contract and which the Stop Ilisu campaign had constantly drawn attention to. This was the first big and extremely important success of the international protest, the campaign "Stop Ilisu - Save Hasankeyf".

The foundation has been active against the Ilisu dam since summer 2006 and hired a campaign leader who coordinated the European-wide resistance movement and bundled forces until the withdrawal of European supporters in 2009. The campaign homepage www.stopilisu.com created by the foundation also contributed to this. At the same time, Manfred-Hermsen-Stiftung set up a campaign throughout Turkey under the leadership of the environmental organisation Doğa Derneği, with which it maintained a close exchange and which it supported at times with German volunteers. In the course of this, it was also possible to establish an information centre in Hasankeyf with Doğa Derneği and the local resistance movement "Initiative to Save Hasankeyf". It served as a local contact point for local, Turkish and foreign visitors. In Bremen, the foundation coordinated signature campaigns and won politicians and many prominent actors to support the campaign.

Unfortunately, the stage victory of the exit of the Europeans from the Ilisu project could not prevent the dam construction. The Turkish government, encouraged by its economic growth, has been able to set up its own financing in the meantime. They vehemently advanced the dam construction and resettled the village Ilisu (with existential disadvantages for its inhabitants!). 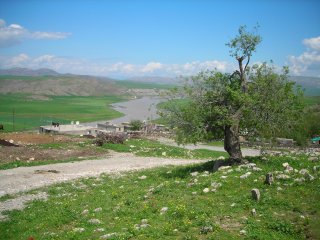 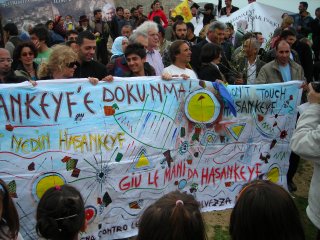 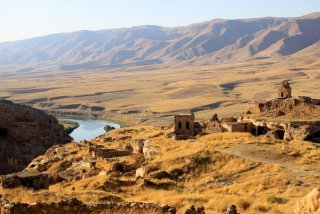 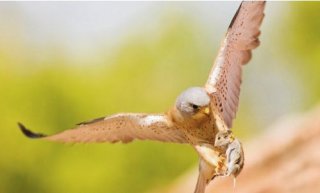 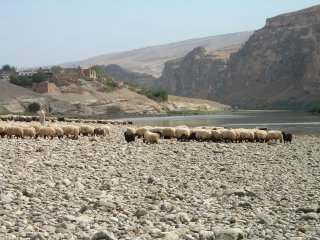 For more than 2 years our Ilisu campaign manager Ulrich Eichelmann has been following the tracks of climate protection projects and "green energies". He visited the Mesopotamian swamps in Iraq, the primeval forests of Amazonia and Indonesia, and protected areas in northern Germany. The film also shows Hasankeyf and the beginning of the construction of the scandalous project Ilisu.

"Climate Crimes" was presented in various German cities at the beginning of 2013.