The foundation Manfred-Hermsen-Stiftung initiated a two-year climate protection project in late summer 2021, funded by the German Federal Ministry for Economic Affairs and Climate Action as part of its EUKI programme. The implementation will be carried out with our long-term partner Giacche Verdi Bronte accompanied by the University of Catania and will involve volunteers and students. Around the topic of humus as a carbon store, we carry out environmental education and awareness campaigns, and scientifically accompanied field studies.

For the small-scale river valleys of Mount Etna in Sicily, which represent an important ecocorridor between three nature parks for the wildcat and other species, we are planning to establish a biosphere reserve together with 27 municipalities and other stakeholders. The existing network, which includes around 100 farms, will be involved in this project.

We are testing and communicating humus building on farms and gardens through the return of organic matter to the soils and specific farming practices that sequester carbon and enrich the biodiversity and fertility of the soil. Together with scientists and farmers, we implement good practices for climate and biodiversity friendly organic agriculture on our own experimental sites, contributing to Sicily's strategic plan for the new agricultural policy (CAP).

Within a campaign to raise awareness of the value of humus, we advise authorities on the establishment of a regional composting system for organic waste. Environmental education reaches approximately 3,000 school children and their families. In two steps, lessons take place in the school classroom and composting sites are established in schoolyards. Through public relations, we encourage households to compost their own organic waste.

Volunteers and interns from (mostly European) foreign countries take part in all activities - as helpers, students and creative contributors, who will carry new insights and experiences as multipliers back to their home countries.

At the end of May, a television team from the Bavarian Broadcasting Corporation “Bayerischer Rundfunk”) accompanied our project activities. They have been made aware of our voluntary programme by our long-standing partner of the European Solidarity Corps / ERASMUS +.Their interest was not so much in nature conservation as in the personal development opportunities that young people gain while doing a voluntary service abroad. Here you can see the film report that was shown on June 5th:

The film material led to an additional film contribution in connection with the wheat shortage caused by the Ukraine war. In the BR Mediatheque: "Italy: The fallow granary" [in German] 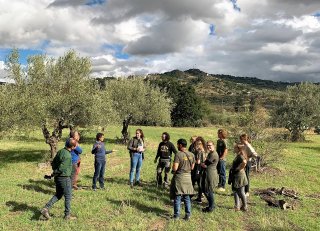 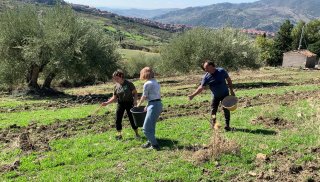 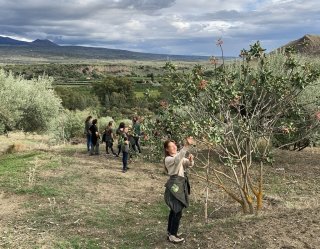 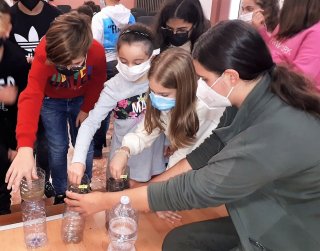 'This project is part of the European Climate Initiative (EUKI). EUKI is a project financing instrument by the German Federal Ministry for Economic Affairs and Climate Action (BMWK). The EUKI competition for project ideas is implemented by the Deutsche Gesellschaft für Internationale Zusammenarbeit (GIZ) GmbH. It is the overarching goal of the EUKI to foster climate cooperation within the European Union (EU) in order to mitigate greenhouse gas emissions.